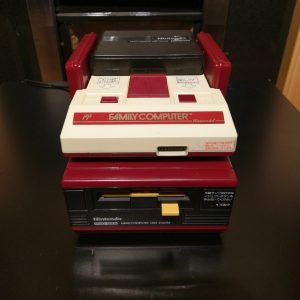 The Famicom Disk System was an addon for the Nintendo Family Computer (Famicom) released back in 1986. It used an entirely new system of loading games for the Famicom, in the format of Game Disks, which were essentially a proprietary sized floppy disk. The FDS unit itself comprised of two parts, the Disk Reader (large red unit) and the RAM Cartridge. The RAM Cart slotted into the Famicom’s cartridge slot, with a cable coming out of it that hooked into the Disk Reader, you then inserted your Game Disk, powered on the console and loaded your game into the RAM Cart’s memory! 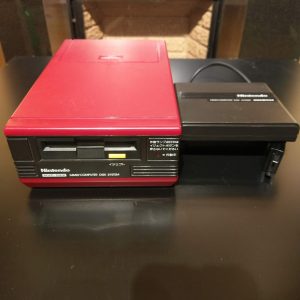 Game Disks, like their floppy counter parts are subject to wear and tear. They contain a floppy magnetic disk inside, which has the game data written to it. This can become an issue with age as the disk might begin to fail through sheer use, data on the disk can become corrupt due to rogue magnetic fields and magnets can straight up destroy all data on a disk if it gets too close! 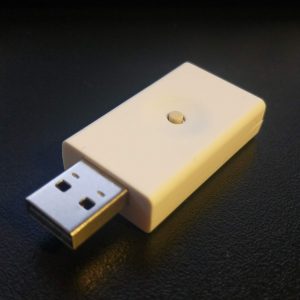 The FDS Stick is a USB stick with 256 megabits of flash storage, however, it also has a port that connects directly to the Ram Cartridge and allows the FDS Stick to act as a Disk Reader Emulator! The special thing about this is that instead of emulating a game running on the console, you are emulating the hardware supplying the game data TO the console.

This means that the gameplay you experience is the 100% console accurate version of the game, no input lag, no miscalculated emulator code, just raw game, assuming of course that the copy of the game you are playing is unaltered!

I used to play a lot of emulated games before I started collecting, so I have no real qualms if people did want to use the FDS for that, but personally I’m just going to keep copies of the games I own, adding more as I collect more and play them from it to help preserve the actual Disks. 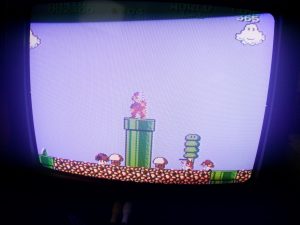 I recently purchased an FDS Stick as when I booted up my copy of Super Mario Bros. 2, the japanese version of which, was only released on Famicom Disk, was glitchy! I naturally just assumed this was caused by my particular copy of Super Mario Bros. 2, I bought it used in Japan and it’s at most, 32 years old… So instead of risking buying a second copy, only to have it also be glitchy and given the fact that none of my other FDS games exhibit any odd glitches like this, I decided to buy an FDS Stick and I’d try a pristine copy sourced from the internet. Since I own the original, I don’t have any issue with doing it this way.

Well, when I got the FDS Stick, I went straight to an emulation site, had my antivirus pop a warning and immediately found a safer one. There I downloaded a copy of Super Mario Bros. 2, then  I struggled to figure out how to copy the game to the FDS Stick, I assumed it would pop a folder open and just drag and drop, but nope. After struggling to find anything on the internet to help, I just figured it out by myself. 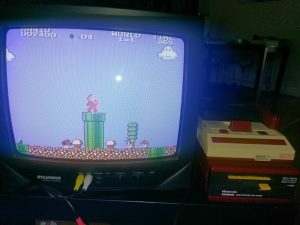 Well, what happened next was totally unexpected. I hooked it up to my Famicom, it loaded into a menu where I could pick the ROM I wished to play, selected Super Mario Bros. 2 and the screen went black, text scrolled up and the game started, and I swear, it looks clearer than the Disk version, which I don’t think it actually is but it definitely looked it. Anyways, I start the game and log and behold THE EXACT SAME GLITCH!

This really bamboozled me, the only two explanations I can think of are: 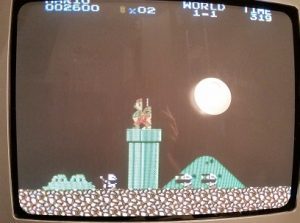 I googled it and found 1 blog by synt4x who had experienced the same thing, the glitch in their picture even looks the same. Mine doesn’t seem as bad as that, however it seems the issue is not with copy of the game or the FDS Stick, but with the RAM cart itself.

So with the information I gained from synt4x’s blog, I ordered some resistor arrays and will attempt the fix myself when they arrive. In the mean time I’m going to disassemble the RAM cart and give everything a really good clean just to make sure it isn’t something as simple as that.

If/when the time comes to modify the cart, I’ll do my best to document the procedure and write it up, though it doesn’t look majorly complex.

You can get yourself a FDS Stick from the source over here: http://3dscapture.com/fdsstick/ (I’m not in any way affiliated with them)

I’ll write up a short guide on how to use the FDS as I couldn’t find any material on it myself and just brute forced it into working. I’ll replace this line with a link when it’s done.